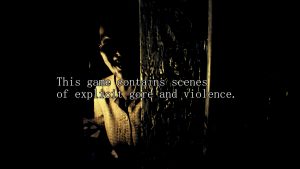 This is my take on the RE7 Intro – Go Tell Aunt Rhody – in a synthwave/electro style. Edited footage and added a little bit of throwback text to Resident Evil 2:

Resident Evil 7: Biohazard is an upcoming survival horror video game developed and published by Capcom. The game is slated for release on Microsoft Windows, PlayStation 4 and Xbox One, with the PlayStation 4 version having support for the PlayStation VR headset. It will be the twenty seventh entry into the Resident Evil series, and the first main series installment to be played from a first-person perspective. It will be released worldwide in January 2017.